Drones, traditionally called Unmanned Aerial Vehicles (UAV), unmanned aircraft systems (UASes) or Miniature Pilotless Aircraft are the entire rave right now, and its popularity does not seem to be waning anytime soon. Basically, a drone is any remotely controlled aircraft that is able to fly autonomously by using embedded sensors and GPS technology, while receiving controls from a ground station.

In terms of general usage and mass adoption, drones can be said to be in their infancy stage. Originally more or less only available to the military, where they were used for reconnaissance and strike missions, drones are beginning to find endless uses in the civilian and general circles, where are they are being used for things like weather monitoring, traffic monitoring, search and rescue, surveillance, videography, photography, delivery logistics, hobby flights and countless other uses.

Though these flying robots have varying usage and applications, one thing only is for sure: these technologically advanced unmanned aircrafts have gone through massive innovation through time…and will continue to do so into the foreseeable future.

Drones in the Past

The term “drone” is an old English term that refers to a male bee whose only work is to mate with the queen bee. The word used in relation to UAVs, can traced two decades back to one of its earliest version - de Havilland DH82B "Queen Bee" biplane belonging to the Royal British Army.

De Havilland DH82B was a biplane that was rewired with servo-controls and transceivers fitted to the backseats. Though having the ability to be flown by an actual pilot, due to the rewiring, the “Queen Bee” biplane was remotely flown, while they were shot from the ground by artillery gunners as a form of mobile aerial target practice training.

The term drone is linked to this initial use. It was coined from a play on the "Queen Bee" nomenclature of the De Havilland DH82B aircraft.

Right from the Spanish War in 1883, where a flying kite was used to take the first aerial photographs, to the end of the World War 1 where the US and French Army worked to develop an automatic unmanned aircraft, drones found most of their earliest application in the military circles.

They were used in the 1964 Vietnam War, where more than 3,000 drones were launched, with over 550 of them going missing in operation. In the 1980s and 1990s when it became relatively cheaper to develop drones, several countries started to build theirs, and their use started to diversify from attack, to surveillance and logistics purposes.

Drones in the Present

Over the years, the adoption and application of drones has developed so rapidly that the technology has become the core and backbone of operations for most governmental organizations and businesses alike. They have become massively adopted that they have penetrated sectors or areas of businesses that were hitherto lagging or virtually stagnant.

With invaluable contributions to save cost, scale up productivity, work efficiency, workload decrease, work accuracy improvement, businesses worldwide have quickly adopted the technology to scale up operations, save costs and drive up profits.

In 2013, Amazon was the first business to announce the adoption of commercial drones as a means of quick delivery of packages purchased from its website. This application would later go on to be tested and adopted by other companies for similar purposes.

Drone has also found immense use in the area of journalism. Termed drone journalism, these flying robots enable media corporations to reach areas inaccessible to humans to cover news.

In present day, drones have also been used widely for monitoring of traffic in busy cities by city administrators, such that motorist can have prior knowledge of free or clogged up motorways before plying such routes.

Drones have also found good use in the monitoring and forecasting of weather. A company at the forefront of this drive is Earth Networks, which recently launched a program called Sferic DroneFlight that is looking to collect weather stats from low-altitude flights and make them available 6 days ahead of time. Though it is impossible at this point for drones to give detailed weather information as they can’t fly as high as regular aircrafts and weather satellites, the technology is fast evolving in this area of application.

Drones have also become popular for hobbyist and professional Photographers and Videographers, allowing these people to take videos and photographs from angles and heights that were never possible before.

There is no gainsaying that drone technology is at an all-time high, and trust us when we say that we are just getting to see the beginning of it. This stand can be buttressed with information from BI Intelligence, which puts the commercial drone market at a staggering $21 valuation by 2021.

Drones in the Future

Drone technology has obviously come a long way from the cradles in the early 1990s to where it is in present day, but if you thought that the tech is at its twilight stage, you are totally wrong. Drone technology is rapidly evolving, as it is undergoing groundbreaking improvements that will see it unlock possibilities unknown in the future.

Data given by Air Drone Craze, an affiliate advertising program website of the Amazon Services LLC, puts present drone technology to be in its 5th or 6th generation out of a possible 7 generations.

The seventh generation of the technology, according to the Amazon affiliate company, is expected to bring improvements that will see drones have automated safety modes, autonomy and enhanced intelligent piloting features, auto take off, landing and mission execution, amongst other ground breaking enhancements.

Apparently, the next generation of drones has already began to hit the market, as 3DRobotics announced what it dubbed the world’s first all-in-one smart drone named Solo.

Smart drones promises to usher in the next wave of revolution in drone tech that will unlock innovative possibilities in the military, transport, logistics and commercial sectors that is best left to human imagination.

The Summer Camp Discount No One Is Talking About

STREM HQ gets a special visitor! 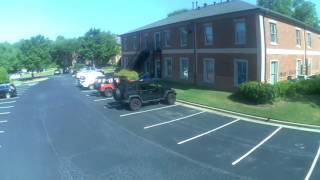 WHEN YOU CAN'T DO, LEARN

The Comprehensive guide to Student Contests for STEM

THE PANDEMIC AND TECHNOLOGY -WHAT IT MEANS FOR YOUR CHILD?

Tips for coding and building for FLL competitions

FREE CODING CLASSES FOR CHILDREN OF HEALTHCARE PROFESSIONALS- WE THANK YOU!

5 Coding Languages Kids Should Learn Before They Graduate High School

10 QUESTIONS TO ASK WHILE PICKING A CAMP TECH CAMP FOR YOU CHILD - GET VALUE FOR YOUR MONEY!